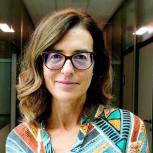 I received my “Laurea” Degree in Philosophy of Language in 1999 at the University of Bologna. Since then, I have been working as a researcher at Fondazione Bruno Kessler (formerly ITC-irst). From October 2008 to December 2013 I was part-time assigned to the Centre for the Evaluation of Language and Communication Technologies (CELCT), first as a research manager with the role of coordinating the activities of the Centre (2008-2012), then as Director of the Centre (2012-2013).

My research interests encompass evaluation of human language technologies, translation technologies for translators, crowdsourcing for NLP, corpus creation and annotation, computational lexicography in a multilingual environment. I co-authored more than 60 scientific publications and have served as reviewer for conferences and workshops. I have been involved in the organization of different tasks in several evaluation campaigns (e.g. RTE, IWSLT, SemEval, EVALITA) and other international events (MT Marathon 2014, School of Advanced Technologies for Translators 2016 and 2017).